Oh man this was a crazy week. Taking hours of raw footage and preparing everything. But here it is on, anybody can help now.

The current state of the project is pretty advanced on a pure gameplay perspective. I can do a run through the current version of the game start to end. All the game systems are very well defined and are already somewhat nicely balanced (until the beta at least).

My current focus is to finish and make the missing boss battles. I can't promise a lot of them, but I can promise I'm giving my all to make each boss as awesome as possible.

After that I still have tons of little things and bugs to correct. Don't underestimate that, it might take some serious time to fix every little bit. 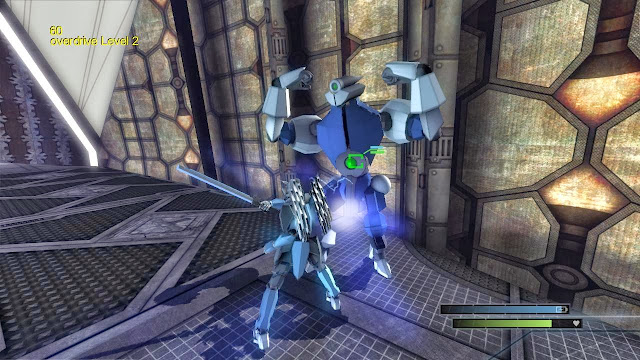 Proxy Blade is not just what is currently there, that I could do on my own time. It is also what it could become with bigger means. The base goal of the campaign is to help me finish the game, but if it could go beyond, I see hundreds of awesome enhancements I could make.

I guess we'll see how it goes. I have absolutely no idea of how well received it will be in the end. Let's hope for the best!